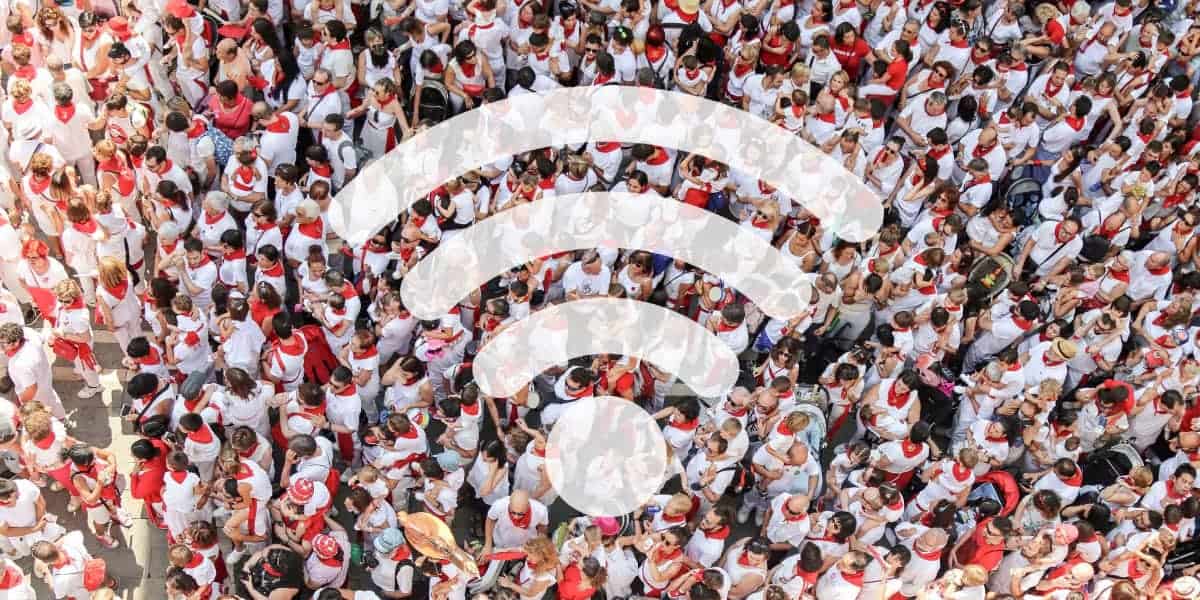 Recently, I’ve run one of my first site surveys as an officially certified Ekahau Survey Engineer. While I’ve run WiFi surveys in the past, I now realize that focusing on coverage is just part of the equation.

As luck would have it, this was a perfect example of “common sense” WiFi ideas that are actually misguided or just plain wrong.

See, this particular client had an on-going Wi-Fi connection issue. Lack of performance, temporary disconnections, the works. They are using rather old Cisco AP1602 which are not configured for 5GHz, for some reason. So 2.4GHz it is.

The thing is that this area, like many in Shanghai, is absolutely swamped with radio signals. Most of them emitting on the same 2.4GHz band. To give you an idea, Ekahau site Survey shows that 97.8% of the surface was covered by 7 radios or more. As crowded as a the People Square metro station at rush hour!

And most of these radios are emitting on channels 1, 6 or 11 (2.4GHz WiFi offers up to 13 channels for devices to communicate.)

When things get crowded

The network admin did correctly recognize that issue. He knew that having too many radios on the same channel causes Co-Channel Interference (CCI), and might impact performance. So he did what logic would indicate: switch to less crowded channels, namely channels 2 and 3.
Smart idea, right? Not so fast…

What do you mean “not so fast”, how can using less crowded channels be worse than sharing one with a ton of people you don’t even know?

Unfortunately, there’s a reason why most admins set their radios to channel 1, 6 or 11 for 2.4GHz WiFi. That’s because channels do overlap. They are not as neatly separated as one might think. In fact, each channel is about 20MHz wide, and starts 5MHz after the preceding channel.
Let’s see that with a picture:

Which is why channels 1, 6 and 11 are so commonly used : using them gives you the maximum number of channels that do not overlap with each other.

But that doesn’t explain why using 2, 3 or 7 is bad, right?
That’s where Adjacent Channel Interference (ACI) comes in. If CCI is better avoided, ACI is much worse.

As we saw, we can only count on 3 non-overlapping channels on 2.4GHz. That’s not much, to say the least. So overlapping will occur in any sizable environment. But that’s OK, more or less, because as the APs are on the same channel, they can synchronize their emissions, in a way. They’ll listen on their channel, and emit if no one else does. So as long as everybody is on the same page, so to speak, things are fine. Crowded, yes, but fine.

However, if one AP is on channel 1 and the next is on channel 2, their signals will mix and interfere, but they won’t be able to synchronize correctly. When AP1 listens if someone is emitting on channel 1, it’ll think all is clear even if AP2 emits at the same time on channel 2. And you’ll get two mixed signals, a lot of noise, and bad traffic.

So basically, you can imagine that way:

So our admin did identify his issue correctly, but his “common sense” solution actually made things… worse. Now I’ll fully admit: I did that in the past too!
To avoid this kind of issues, performing a predictive planning with Ekahau Site Survey will ensure that you set your channels properly, minimize CCI and avoid ACI entirely. 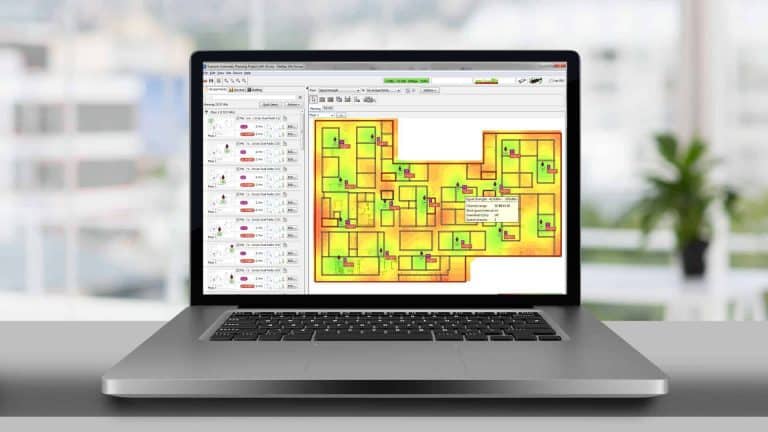 Wi-Fi Analysis, what is that? Wi-Fi is everywhere. In your home, your office, warehouse, hotel room, coffee shop, you name it, it’s there. And quite often, it’s… not up to expectations, let’s say. When that’s so, it’s time for a Wi-Fi Analysis. When things aren’t quite perfect Coverage might be spotty, with dead zones. Signal…